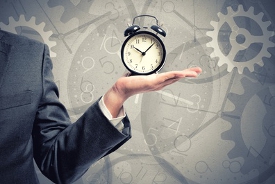 The evolution of total hours of labor has been very different in the United States in comparison to most of European continental countries through the last fifty years : today a typical American worker spends almost the same proportion of her time working as she did in the 1960s, while a French or a German worker decreased their (market) working time by roughly 30%; in France not only the person in employment works in general fewer hours, but also a lower proportion of the working age population has a job: the employment rate, which was higher than the one in the United States in the 1960s, is today five percentage points lower than what observed on the other side of the Atlantic Ocean. Which factors can explain these evolutions? Are the European workers better off than the American ones? If we focus on policy variables, while abstracting from considerations about the demographic evolutions (the composition and age of working population), two main sets of variables can be thought as important: on the one side the weight of taxes has increased in most European countries, while the size of the tax wedge in the United States has remained lower and more stable since the 1960s; one the other, labor market institutions have evolved too: the rate of unionization for example has fallen in the United States as well as in France, the generosity of the unemployment benefit system increased in France at the beginning of the 1980s and then stabilized. In this article François Langot and Alessandra Pizzo show that a general equilibrium model can account at the same time for the evolution of the two margins of total labor supply, i.e. the rate of employment and the hours worked per worker; the driving forces of the long run changes are the observed tax rates, the labor market institutions and the technological process. With this “acceptable” model, the authors perform some policy experiments: what would have been the evolution of total labor supply in France with a welfare system “à l’américaine”? What would have been the consequences on welfare? It is shown that US workers work too much, the cost of this suboptimal choice implying a loss of 5% of their consumption in each period, but, at the same time it is also shown that French workers work too little, leading them to lose 16% of their consumption at each period. Indeed, lower taxes imply higher hours per worker and a (much less important) effect on employment, while more “flexible” institutions imply a strong positive reaction of employment. While the gains to reform the welfare state in terms of total production (GDP) are notable (since 1981, the output gap between France and US is larger than 7% by year!), they do not necessarily mean a higher level of welfare, since labor effort is costly in terms of utility, but results for France speak in favor of a decrease in taxes and more labor market flexibility.......................Original title of the article : “Accounting for labor gaps”Published in: Documents de travail du CES 2015.36Available at : ftp://mse.univ-paris1.fr/pub/mse/CES2015/15036.pdf......................© alphaspirit - Fotolia.com