Short link to this article: http://bit.ly/292PghG 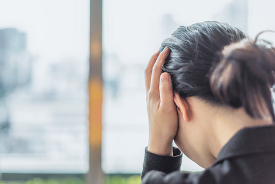 The current period is marked by a growing sentiment of job insecurity in many countries, linked especially to a significant turnover of staff, often presented as a factor in productivity. But what is the impact of that insecurity on the health of employees? A number of studies have been carried out in Europe and the United States on this topic. They show that employment insecurity has a deleterious effect on the well-being of workers, with less satisfaction at work, accumulating stress, and more physical and mental health problems. However, these studies essentially measure correlations, without taking into account the potentially endogenous character of job insecurity (1). The causal effect of insecurity of employment on health has been estimated in some studies, using, for example, specific cases linked to the announcement of the closure of a service in a firm or an office. These works provide some clear results but have the disadvantage of being hard to generalise, because the effects are estimated locally, for one company or one country, during a particular period.

In this article, Caroli and Godard study the causal impact of a feeling of job insecurity on health in 22 European countries. They use an estimation method that eliminates the biases linked to the endogenous nature of employment insecurity. The data used are from the 2010 wave of the study of work conditions in Europe. This enquiry provides information on employees’ feelings of job insecurity and several health indicators, as well as the socio-economic characteristics of individuals and their working conditions. The results show the importance of the method used: if we do not take into account the problems of endogeneity, job insecurity seems to lower all health indicators, with the exception of cardiovascular disease. However, while the estimation method eliminates biases linked to the endogeneity of feelings of employment insecurity, the deleterious effect of these feelings is only confirmed for a limited sub-group of health indicators: skin problems, headaches and eye fatigue. But how exactly does job insecurity affect health? The psychological literature underscores the role of stress. Another potential factor relates to health spending: while people who fear losing their jobs tend to increase their precautionary saving, a decrease in their investment in health can promote the development of some pathologies. For now, this interpretation is still a hypothesis that remains to be validated (or not) by empirical testing.

(1) In the present case, this means that the cause and effect relationship is potentially circular between job insecurity and health, making the identification of their respective impacts difficult. For example, if the indicators used are based on a measure of job insecurity declared by the individual and on a level of health that is also self-declared, we see clearly that a pessimistic person will have a tendency to inflate the first and deflate the second, leading to a falsification of the estimate of the causal impact of job insecurity on health. A bias can also affect the estimation if people in bad health have a tendency to be confined to precarious employment.