Household labour supply and the marriage market in the UK, 1991-2008 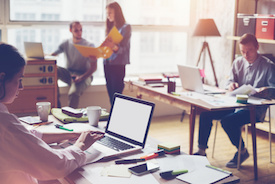 The last 20 years have witnessed enormous changes in labour supply between men and women. Along with an important rise in wages for married men and women over the 1991-2008 period in the UK, married women have caught up with single men. However, the average labour supply by gender and marital status has remained remarkably stable. Most of the existing literature tries to explain these patterns based on either labour supply decisions inside households based on task-sharing and specialization, or changes in sorting on the marriage market, ie, the driving forces of households composition. The two are however strongly related, since spouses take different resource allocation decisions depending on the labour market characteristics of each spouse: marriage decisions influence, and might conditional to, labour market decision of households.

To fill this gap, this paper by Marion Goussé Jean-Marc Robin and Nicolas Jacquemet (1) relies on an existing framework (2) to relate family labour supplies and the intra-household allocation of time and consumption to search and matching behaviour on the marriage market. The challenge addressed in this research is to assess which mechanisms can be identified when no information on household production is available --- as is often the case in labour market surveys. More precisely, the authors argue that at least three mechanisms might explain these changes. Firstly, the composition of the labour force has changed, for instance educational attainment has increased over the last two decades, in particular for women, and more educated women perhaps have better opportunities to stay in the labour market. Secondly and alternatively, individual preferences might have changed : if e.g. women attach less weight on staying at home due to an evolution of social norms, this will induce a change in the extent of their participation to the labour market. Thirdly, homophiliy, the tendency of women and men to marry an equal (in terms of educational background, labour market characteristics or values) might also have changed over time, resulting in different spouses characteristics within households and hence different decisions on the labour market. The results show that preferences are responsible for the observed changes in labour supply. Without the estimated variations in the preference parameters, the labour market supply of women and single men would be much higher than observed as the preference for leisure has increased over time for both men and women. Second, homophily accounts for the changes in marriage sorting. Without the estimated variation in homophily fewer marriages would be observed particularly among high educated individuals. Much more singles would also be observed among high-wage earners and high educated individuals.

(1) Presented as the Adam Smith invited lecture of the 2015 European Association of Labour Economics congress (2) https://www.researchgate.net/publication/291486169_Marriage_Labor_Supply_and_Home_Production