Short link to this article: http://bit.ly/2fC4AVS 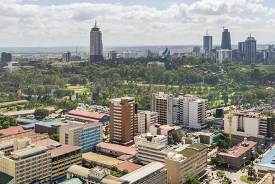 The efficient provision of public goods relies on a well-functioning public service. But, in many developing countries, the public sector suffers from absenteeism and underperformance. Perhaps more than any other section, the state’s administration is exposed to political shocks that can contribute to public sector inefficiency.. Recognizing the importance of the public sector, the “personnel economics of the state” has become one of the most active areas for research in development economics. Still, research on this topic is usually constrained by the lack of access to detailed personnel data, especially for public servants at the bottom of the hierarchy. This problem is particularly severe for parts of the state’s administration that are “sensitive”, like the police, even if they provide essential public goods.

In this article, Oliver Vanden Eynde, Patrick M. Kuhn and Alexander Moradi overcome these challenges by relying on extremely rich, and unique historical data on the performance of 6,784 police officers in Kenya between 1957 and 1970. They want to understand if and how political importance of particular ethnic groups in Kenya affects the performance of the policemen who belong to these groups. The personnel records they use allow them to track Kenyan police officers over their entire career. The records keep track of the offenses committed by each police officer, including incidents of absenteeism, untidiness, drunkenness, disobedience, and (in rare cases) violence. They study the period 1957-1970, to investigate how the rise of ethnic politics affected the performance of policemen. Ever since the first multi-party elections in 1961, ethnic politics has featured prominently in Kenya. They show that the 1961 elections were quickly succeeded by changing patterns in discipline: police officers from ethnic groups that were part of the dominant Kenya African National Union (KANU) party started to behave significantly worse. They see this pattern confirmed whenever an ethnic group gains or loses power through the KANU coalition. To understand what drives this pattern, they scrutinize the determinants of public sector performance emphasized in the literature: selection, incentive structures, and monitoring. First, they are able to rule out personnel selection: they find that neither the quality of policemen entering nor the quality of those exiting the force changed significantly after 1961. In fact, the deterioration in misconduct appears to be driven by individual policemen changing their behavior. Second, the effect is strongest for objective offenses such as absenteeism and drunkenness, but weak for more subjective offenses such as disobedience. This goes against the hypothesis of discriminatory reporting, which should be strongest for subjective offenses. Third, they examine police reorganization, but neither police division characteristics nor the ethnic or geographic distance to the place of work can explain the result. Fourth, they test whether favoritism distorted incentives. They confirm that a history of misconduct affect promotion opportunities and increase the probability of being dismissed. However, KANU ethnicities were not treated differently in this respect. These results suggest that the deterioration of behavior is not a response to changing incentives within the police. However, their results are consistent with the idea that ethnic politics created a general sense of being empowered, which emboldened the policemen of the ruling ethnic groups. The unique historical data in this project sheds light on how identities matter for public sector performance. The rise of ethnic politics in Kenya quickly made ethnic identities salient in the public service, and in such a way that policemen changed their attitudes and day-to-day behavior.