Short link to this article: http://bit.ly/2ehtjKh 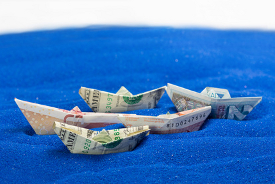 Central banks have always considered an interest rate of zero to be the lowest possible limit. Since 2014, this limit has, however, been passed in five currency zones – the euro zone, Japan, Denmark, Sweden and Switzerland. The tax directors of the corresponding central banks have gone into negative territory, with a minimum of 0.75% in the case of the Swiss national bank (BNS). What has been learned from these experiences? Can we envisage a time when central banks might freely raise or lower their rates without being constrained by the Zero Lower Bound (ZLB)?

In this article, Jean-Pierre Danthine notes that the policy of negative rates is very unpopular in the countries where they have been introduced. That makes these radical measures, which allow central banks to free themselves definitively from the constraint of the ZLB, difficult to imagine in a democratic context. Two kinds of measures are proposed in the literature. The first consists simply of abolishing paper money. The second proposes the introduction of a variable exchange rate between paper money and e-money. By generating a regular depreciation of the value of paper money in relation to e-money, it would be possible to to ensure equality between the return on the two types of money, including when e-money carries a negative interest rate. If these radical changes are not viable, there is nevertheless a more modest possibility of promoting significantly lower rates than the negative rates prevailing at present: to capitalise on the reluctance of trading banks to pass on the negative rates to their small depositors. This reticence could be seen as a fault. It appears as a virtue however, that of eliminating all enticement for people to stock paper money in order to avoid negative rates, because they are not directly subject to it. It would then be technically possible to go further with negative rates, to the point at which the hoarding of paper money by large investors who are subject to negative rates would be rendered non-profitable. To this end, the central bank should be able to impose a fee on withdrawals of paper money at automatic teller machines by professionals, that is to say, the institutions that are responsible for the transporting and distribution of bills and coins between the main banks of the country and their biggest customers. This fee should be adjustable in relation to the depth of the negative rates in such a way as to render unprofitable the hoarding of paper money (the fee should thus never be debited in advance). The central bank would then be in a position to lower its rate without fearing bill-hoarding manoeuvres. Of course, the negative rates are a charge to the banking system, but this can be greatly diminished by exempting the larger part of bank reserves from negative rates, as has been done by a number of central banks, including the BNS. The experiment shows that imposing it on only reserve margins is sufficient for negative rates to be passed on to market instruments and to play their rôle as signal. A construction such as that outlined here guarantees an asymmetrical transmission of monetary stimulus. Trading banks avoid passing on negative rates to both their assets and their liabilities. This means, in particular, that bank credits benefit very little from any additional decrease in the rate. For a small, open economy, affected by the impact on interest rates of its exchange rate, the goal is, nevertheless, achieved (via its passing on to market price). For a large currency zone dependent on bank credit and in search of classic macroeconomic stimulation, this asymmetry renders the approach less appealing.