Short link to this synthesis: http://bit.ly/2hn50OM 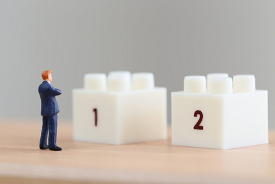 Mors certa, hora incerta. As the philosopher Vladimir Jankélévitch stresses in his treatise La Mort (1977), uncertainty about how long we will live is an essential element of the human condition. Everyone knows that his life will end, but no-one knows either the date of his future death or even the age at which he will die. How can we measure that uncertainty about the length of a life? How can we build, aside from using tables of death rates, a measure that would quantify risk over a life-time? More precisely, is it possible to build an intuitive indicator that would render that lifetime risk more concrete for people?

In this article, Meyer and Ponthière propose to quantify lifetime risk with the help of Shannon’s entropy index (defined in Base 2). The main attraction of this indicator is that it measures lifetime risk in terms of bit, bit being defined as the quantity of information revealed by a toss of a coin. This indicator thus makes lifetime risk commensurable with the risk associated with a (certain number of) games of “heads or tails?” and allows the average citizen to have a more concrete idea of the quantity of risk associated with the span of her life. The underlying intuition is the following: each individual faces a lottery in which different possible scenarios correspond to different possible lifespans (or, to different possible ages of death). When a person dies, the result of the lottery – the duration of actual life (or, the age at death) – becomes known, and thus is revealed a certain amount of information. Shannon’s entropy index measures, for a given age, the amount of information that will be revealed in case of death at a later age. In the hypothetical world in which everyone dies at the same age (“rectangular” survival curves), a death at age x reveals no information, and the entropy would be zero. In reality, survival curves are not rectangular, and death at age x reveals a positive amount of information, which our indicator makes commensurable with the quantity of information revealed by a toss of a coin, or a certain number of tosses. The article proposes to calculate Shannon’s entropy indicator (defined in Base 2) for the 37 countries in the Human Mortality Database (1750-2014), and compare the entropies obtained by country, year, age, and gender. Several stylised facts are thus brought to light. In the last two centuries, the entropy indicator at birth appears as an inverted U, with maximum entropy recorded at the beginning of the 20th century, at a level of six bits. At the beginning of the 21st century, entropy at birth was 5.6 bits for men and 5.5 bits for women. It also shows that the entropy profile by age changes from a non-monotonic form (first increasing then decreasing with age) in the 18th and 19th centuries to a monotonic form decreasing with age in the 20th and 21st centuries.In sum, the article shows that, while the amount of risk associated with a lifetime has varied greatly over the last few centuries, going from 6 bits to 5.5 bits (at birth), it still remains substantial and equivalent to the risk associated with more than five tosses of a coin