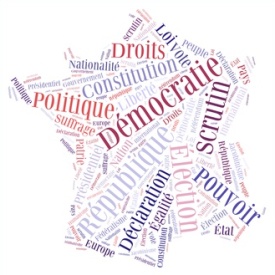 What do citizens think of political institutions? It is relatively simple to collect their views on the role of elected officials, on how the government is performing and on the effectiveness of the administration, but to understand how they assess political institutions is more difficult. Yet this question is important: citizens can be consulted about institutional changes (1) but above all, their personal preferences illustrate their conceptions of citizenship and democracy.

In this article, André Blais, Jean-François Laslier, François Poinas and Karine Van der Straeten use data collected through www.voteaupluriel.org at the time of the 2012 French presidential election. Four methods of presidential ballots are described there: the French system of two rounds, the one-round system, the alternative or preferential system in which voters rank their candidates in order of preference and those the least often highly-placed are eliminated until only one remains, and the approval system, wherein the voter approves or not each candidate and the candidate with the highest number of approvals is elected. The website invites participants to vote according to these various modalities, and a short socio-demographic questionnaire and opinion poll complete the enquiry. According to these data, 41 per cent of participants prefer the preferential system, 27 per cent prefer the approval system, 24 per cent choose the two-rounds systems and 8 per cent prefer the one-round system.

A more nuanced analysis reveals three facts. First, following a simple logic of results, participants tend to prefer the voting modes that most favour their preferred candidate (a preference called “instrumental” and “self-centred”). Thus, participants whose favourite candidate belongs to one of the two principal political parties are 20 per cent more likely to prefer the two-round system. A second effect, weaker than the first but still real, is the rejection of the two-round system by participants who cast an insincere vote in the first round of the election. Some people express their dissatisfaction at having to vote “usefully”, and not expressing their real opinion in this system. The third determinant of preferences is ideological. We observe that right-wing voters, compared with others, are relatively more attracted by single-name systems of one or two rounds, in which the voter “gives” her vote to a single candidate, than by the systems in which the voter expresses a view about all the candidates (the alternative and the approval systems). Does participating in an electoral contest mean casting a vote or assessing the candidates? The answer is not the same for everyone.

(1) In the past 25 years, there have been just 20 referenda on electoral reform around the world.