Home > Economics for everybody > For a wider audience > 5 papers...in 5 minutes ! > April 2021 > Maternal depression and child human capital: A genetic instrumental-variable 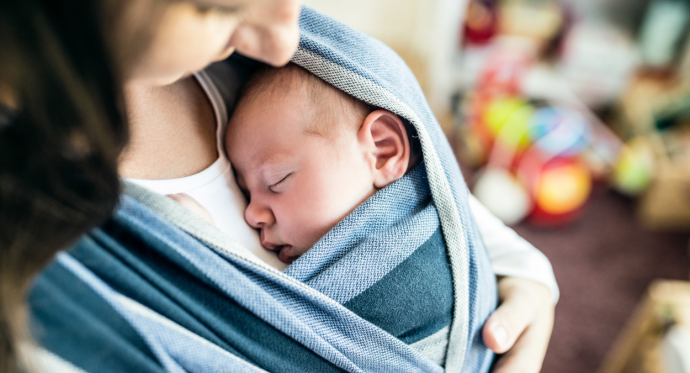 The prevalence of mental-health disorders has been rising steadily for over two decades, and these are now estimated to affect over 20% of the population in the UK and the US. Depression is one of the most common of these disorders, with ‘Major Depressive Disorder’ now being the largest worldwide contributor to years lost to disability. Depression has of course major effects on the quality of life of those who suffer from it. But it likely also spills over onto others, and in particular other family members.

In this paper, Giorgia Menta, Anthony Lepinteur, Andrew E. Clark, Simone Ghislandi and Conchita D’Ambrosio ask what effect depressed mothers have on their children’s future educational and socio-emotional outcomes. While being of primary policy importance, the causal link between parental mental health and child outcomes is in general difficult to pin down. For instance, poor child school performance or behavioural problems might themselves produce maternal depression; alternatively, environmental variables (such as local public goods or criminality) could feed through to both parental mental health and child outcomes. A solution to establishing causal relationships can be found in genes: the genetic lottery offers an ideal experimental setting in which to study depression. As an individual’s DNA can be seen as a random draw from her parents’ DNA, some people have a higher genetic propensity of being depressed purely by chance. The molecular biology literature tells us which genetic variants are systematically associated with depression, from which a score (the so-called ‘polygenic score’, or PGS) that captures the genetic risk of depression based on the individual’s DNA can be constructed.

The authors address the consequences of maternal depression on child human-capital, using genetic and socio-economic information on mother-child pairs from a UK-based cohort study of around 14,000 pregnant mothers in the early 1990s. These mothers, and their children, have been interviewed almost yearly ever since. Mothers are in particular asked seven times between the child’s birth and child age nine whether they had been feeling depressed since the last interview; about half replied ‘Yes’ at least once over this period. The PGS for depression from each mother’s DNA isolates a part of maternal depression that is arguably random. The effect of this exogenous maternal depression in the child’s early years can then be traced through to the child’s later outcomes in their mid-teens, in terms of both their cognitive (exam scores) and non-cognitive (behaviour and emotional health) skills. One additional episode of maternal depression has a persistent negative impact on the child’s cognitive and non-cognitive outcomes, with large effect sizes of around 20% of a standard deviation for the former and 40% for the latter. This does not reflect genetic inheritance, as the child’s own PGS scores for depression and cognitive and non-cognitive outcomes are held constant; nor is it driven by other maternal characteristics that are potentially correlated with the mother’s PGS for depression.

Fewer episodes of maternal depression will then not only benefit mothers, but also improve their children’s adolescent human capital. In turn, better cognitive and non-cognitive skills during childhood are known to have positive returns on a variety of outcomes during adulthood, such as income and labour-market experience.