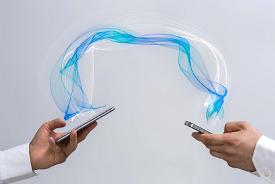 Exchange of information between firms presents a dilemma for competition regulators: it is often difficult to distinguish between its potentially positive effects and its capacity to facilitate tacit collusion. This question has become more important in recent years because collusion practices adapt to increases in the fines: explicit agreements on market shares are made when prices tend to recede. As a consequence, competition regulators are on the look-out for practices that are less spectacular but more likely to facilitate tacit collusion, such as information exchanges. This question was treated in the guidelines on co-operation between competing firms published in 2011 by the European Commission. The approach advocated is to prohibit the exchange of detailed information on future plans, while those related to the past must be assessed on a case-by-case basis. In particular, exchanges of individualised information on recent sales and production data must be assessed for their effects. They are illegal if they are likely to facilitate an implicit understanding leading to price increases, especially because they allow firms to engage in mutual surveillance. In the absence of satisfactory theories, it is difficult to understand the following facts, observed in the context of numerous cases of collusion: firms agree on the goals of market share; they exchange detailed information on levels of production and sales; these data become public after a long delay (more than one year) but they are not verifiable in the meantime; finally, when the information exchanged reveals a gap between the market shares realised and those that were the goal of the understanding, the firms modify their process in order to “make adjustments”. These practices are curious, because the communication in question is in a way just “cheap talk” (1): nothing prevents a firm that wants to deviate from the collusion from lying in order to hide its sales increases. Such a deviation will only be revealed when the figures are made public – which the exchange of information does not accelerate. We might therefore think that such cheap talk is inoffensive.In this article, Spector uses the model of a repeated game with incomplete information, inspired by the facts observed in a number of agreements. His work shows that the intuition that “cheap talk” is inoffensive is false: exchanges of information can render collusion more effective when, by facilitating the detection and rapid correction of fluctuations in market share, they reduce recourse to price wars. Calibration of the model suggest that this type of communication can have a significant effect on the stability of an agreement. In conclusion, the author identifies the indicators that can lead a competition regulator to consider an exchange of information anti-competitive......(1) In game theory, “cheap talk” is a “pure” communication, with no direct consequence other than the interpretation that can be made of it.......................Original title of the academic article : “Facilitating collusion by exchanging non-verifiable sales reports”Published in: PSE Working Papers n° 2015-07Available at : https://hal-pse.archives-ouvertes.fr/halshs-01119959......................© vege - Fotolia.com