Home > Economics for everyone > For a wider audience > 5 papers...in 5 minutes ! > January 2017 > Attack When the World Is Not Watching? U.S. News and the Israeli-Palestinian

Attack When the World Is Not Watching? U.S. News and the Israeli-Palestinian Conflict

Short link to this article: http://bit.ly/2iWFfmD 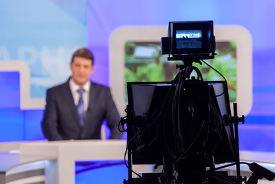 Governments are accountable to the extent that the public is informed about their policies. In turn, mass media ensure accountability by informing citizens about government conduct. Yet, news coverage of government actions may be crowded out by other newsworthy events. To minimize negative publicity, policymakers may strategically manipulate the timing of their unpopular actions to coincide with other important events that distract the mass media and the public.

In this article, Ruben Durante and Ekaterina Zhuravskaya investigate empirically whether politicians choose the timing of their unpopular policies strategically to minimize their news coverage. The paper focuses on the timing of attacks in the Israeli-Palestinian conflict using daily time-series data on the occurrence and severity of both Israeli military operations in the West Bank and Gaza strip and attacks by Palestinian militant groups on the Israeli territory between 2000 and 2011. These data are combined with a measure of the presence of other newsworthy events in U.S. media, henceforth, referred to as news pressure. The paper documents that the likelihood of deadly military attacks by Israeli forces against Palestinians, as well as the number of casualties they cause, is positively and significantly related to the level of news pressure on the day after the attack is carried out. In contrast, there is no evidence that attacks by Palestinians are timed to U.S. news pressure. These results suggest that Israeli authorities may strategically choose the timing of their attacks to minimize negative publicity in the United States. News pressure could, however, be endogenous to the Israeli-Palestinian conflict because important domestic U.S. news and Israeli military actions may be jointly determined by unobserved factors, such as important events in the Middle East. Furthermore, many of the news stories on which the news-pressure measure is based refer to unpredictable events to which attacks could not possibly be timed. To address both issues, the authors compile a list of events from forward-looking U.S. political and sports calendars and create a measure of occurrence of predictable events that are unrelated to foreign policy and are significantly related to news pressure. Consistent with the view that Israel times its operations to other newsworthy events, the Israeli attacks are significantly more likely to occur during these events. The estimates imply that Israeli decision-makers are willing to cancel a marginal attack on a given day if they expect that coverage of this attack (had it occurred) would have been in the top 20 percent of the distribution of the length of conflict news following an attack. They also show that only operations that are less costly to move in time and are more likely to generate negative publicity due to higher risk of civilian casualties, such as attacks executed with heavy weapons, are strategically timed to minimize media coverage. Finally, the authors examine the mechanism behind the strategic timing effect. They find that the type of coverage of Israeli attacks differs substantially between same-day and next-day reports. In particular, news stories that appear on the day after the attack are much more likely to present personal stories on the civilian victims and include interviews with their relatives or friends. Furthermore, next-day coverage is significantly more likely to include emotionally charged visuals of burial processions and scenes of mourning. These results suggest that Israel’s strategy is aimed at minimizing news coverage of its attacks on the following day because next-day news is especially charged with negative emotional content.

………………..Original title: “Attack When the World Is Not Watching? U.S. News and the Israeli-Palestinian Conflict”Published in: Forthcoming in the Journal of Political EconomyAvailable at: https://papers.ssrn.com/sol3/papers.cfm?abstract_id=2566741