Short link to this article: http://bit.ly/1Job0vu 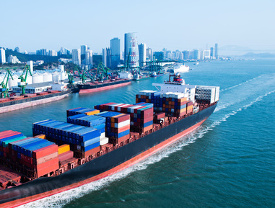 In 2013, China became the greatest trading power in the world, ahead of the United States. But almost half of its exports (47 per cent in 2013) are made by foreign companies in Chinese territory. These firms, generally engaged in assembly trade (1), are also the principal sources of the increase in the technological level of manufacturing exports originating in China. Several studies confirm that the technological level of Chinese manufacturing exports would have grown less if foreign production were not counted. In addition to this direct increase in the quality of Chinese exports, direct foreign investment (DFI) can also support the export performance of domestic Chinese firms in an indirect way. Indeed, national firms profit in particular from what are called information externalities (2): being close to foreign exporters can facilitate the circulation of highly valuable information for national companies in pursuit of international openings for their products.

In this article, Florian Mayneris and Sandra Poncet investigate the idea that the close presence of foreign firms acts as a catalyst for export activity, promoting the introduction of new transactions for domestic firms. Using detailed customs data, they show that the capacity of domestic Chinese firms to export a given product to a given country depends positively on the export performance of neighbouring foreign companies for the same product—country duo. The authors explain that this effect is limited to the non-assembly (or “ordinary”) commercial activities of foreign companies; assembly trade activities have no effect on the export performance of local firms. Information externalities also appear more strongly for sophisticated products, confirming that the presence of foreign firms helps domestic ones to increase in quality. However, export externalities, which appear essentially in the information field, according to the authors, remain weak when the technological gap between foreign and domestic firms is significant: thus, expansion of the export portfolios of Chinese domestic firms cannot occur where foreign firms are already far ahead. These results also suggest that policies encouraging the sharing of information about openings and international experiences among exporters can help domestic firms to integrate into the export market.

(1) Assembly trade is the importation of intermediate products (parts and components) that will be re-exported after being transformed or assembled. (2) Information externalities have positive unintended effects on information that is held by foreign firms and that thus benefits Chinese firms.