Short link to this article: http://bit.ly/2doqhnw 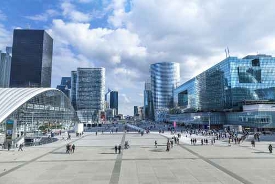 In this paper Hamid Boustanifar, Everett Grant and Ariell Reshef find that financial deregulation is the main driving force behind the increase in wages in finance, and study the channels through which deregulation affects wages. A few recent empirical papers try to evaluate whether increasing wages in finance are due to changes in the returns to talent or increases in rents (1). However, this is the first paper that studies empirically the preconditions for either higher returns to talent or rents. The authors study a sample of 22 industrial economies in 1970-2011, and begin by making a few observations. Finance relative wages (relative to other sectors) generally increase – but not in all countries, and to varying degrees – and they generally plateau after 2008. This pattern is also true for skilled workers (with tertiary education) within finance; finance skilled wages account for 36% of increases in the skill premium (in all sectors), despite accounting for only 5.4% of the total premium labor force on average. 50% of increases in finance relative wages are driven by trading (but not originating) securities and related activities, such as financial advising – despite the fact that these activities employ only 13% of finance workers, on average. These findings motivate examining mechanisms that operate particularly on skilled workers and on the non-traditional banking sector. The authors find that all countries generally deregulate their financial sectors over time, that finance invests increasingly more in information and communication technology (ICT), and that financial globalization increases as well. All these can potentially affect wages in finance through incentives, scope and scale effects (2). Using panel data and instrumental variables techniques, and controlling for country-specific trends and country-specific factors – the authors make a strong case that financial deregulation is the main causal force that increased finance relative wages, while ICT investment and financial globalization are not. The authors then turn to investigate mechanisms through which deregulation affects wages. First, they find that deregulation has a greater effect on finance wages in countries with financial systems that rely more on non-bank credit (vs. bank loans) and stock markets, where there is greater trading intensity in asset markets, and where the sector is less competitive. This is consistent with recent theories that stress the role of asymmetric information and complexity in causing excessive risk taking and allowing rents. In addition, they find that the effect of deregulation is stronger in countries with more flexible labor markets. This is consistent with recent theories that stress the role of firm-to-firm mobility of finance workers, driven by competition for talent, in increasing compensation and inefficiently high risk taking.Overall, the empirical findings indicate that deregulation is the main driver of high wages in finance, and that where the effect of deregulation is the largest, it is likely to be associated with greater risk taking, and socially inefficient rents.

(1) Celerier and Vallee (2015), Bohm, Metzger and Stromberg (2015), and Lindley and McIntosh (2014) are in the draft of the reference list of the paper: http://www.parisschoolofeconomics.com/reshef-ariell/papers/BGR_finwage.pdf(2) The range of activities can have, in itself, an effect on wages, or rents. This can happen either through an increase in complexity or specific interrelations across activities.